Who Is The Highest Paid Graphic Designer?

Who Is The Highest Paid Graphic Designer?

Through visual art, graphic designers transmit brand messaging and ads. This may include experimental typography, colour palettes, or the creation of whole new pictures. If you like being visually creative and wish to pursue a sector such as marketing, web design, or advertising, you may thrive in a graphic design job. In this post, we will look at the graphic design jobs that pay well.

Why should you seek a career in graphic design?

The following are the highest-paying graphic design occupations, along with their average salary and major work duties:

A video game designer’s primary responsibilities are to develop a video game’s visual and interactive effects. This can entail designing characters, levels and animating background components such as fauna or flora. Additionally, video game designers contribute to the storytelling of a game by collaborating with the writing team to develop tales that use each aspect of the game’s design, such as intricate character motions or sophisticated gaming environments.

A design technologist’s primary responsibilities include collaborating with the design and development teams on a website, application, or other digital product. They combine visual design and coding skills to expedite the development of an application and coordinate functional and design components. Design technologists are concerned with optimising a digital product’s user experience to maximise its efficiency and user pleasure.

A visual designer’s primary responsibilities are to work on creative projects, including visual art for individual clients or companies. Visual designers collaborate with customers to develop project design components and work from creative briefs that define features they must incorporate, such as a business name or logo. Because visual designer jobs may require information that is an industry- or market-specific, prior experience in the sector in which you wish to work as a visual designer might help you in your job hunt.

The primary responsibilities of a creative manager, or creative services manager, are to meet with clients and plan the design of a marketing or brand development campaign. After establishing a basic plan of action, creative managers supervise a team of designers to ensure that production objectives are met while staying within the established budget. Typically, creative managers work for marketing businesses, advertising agencies, or other major corporations.

An art director’s primary responsibilities include overseeing the visual components of media productions such as films, television shows, and print and digital publications. Their responsibility is to concentrate on the parts of a project that people will see and engage with, such as page layouts, embedded images, and set designs. To delegate responsibilities, some art directors establish their own style guidelines for projects, which they subsequently give to teams of designers or artists.

A concept artist is a designer who develops the initial representation of a visual design. Concept artists commonly work on video games, assisting in the development of detailed characters and intricate environments for gameplay. They may also design visuals for websites, apps, or logos and are frequently hired by firms that generate digital products for online usages, such as magazines or desktop games.

A digital designer’s primary responsibilities include the creation of animation and special effects. Additionally, they work as multimedia artists and animators on occasion. Most digital designers work on film, television, and video game projects since they utilise computer software to add motion to illustrations, transforming them into animations.

A creative director’s primary responsibilities include supervising any creative or artistic endeavours undertaken by a business. This might be in the form of marketing efforts, brand development, or product design. Numerous creative directors work for publications such as magazines or publishing houses, where they are responsible for the visual components of published works such as cover art, included illustrations, and page layout. 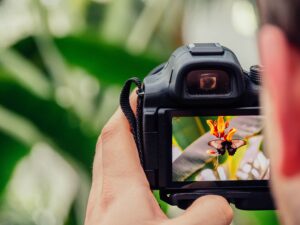 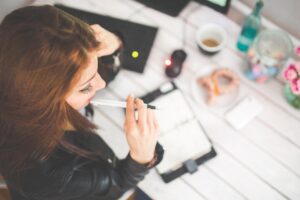